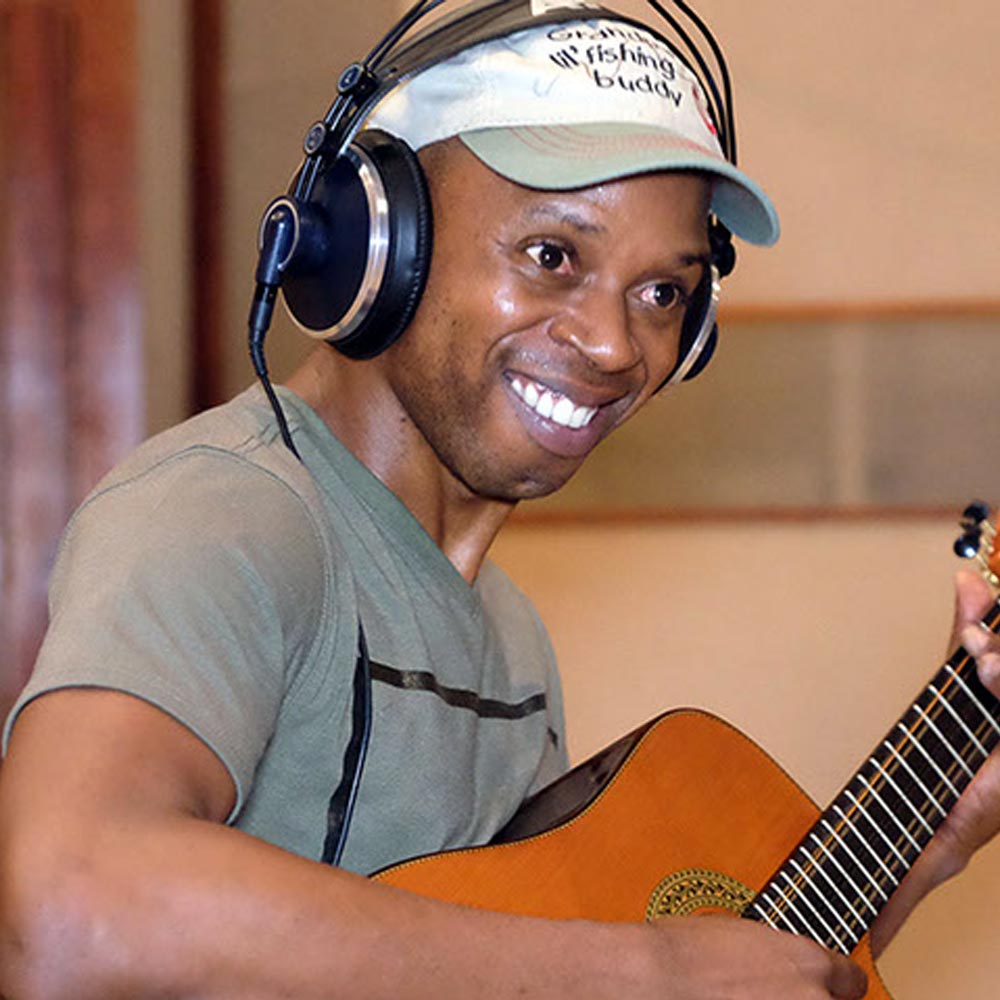 Maykel Erik Elizarde Ruano was born on February 1, 1979 in Santa Clara. He was from a very humble family where his great-grandfather, Mario Ruano Vila was a great concert guitarist in the 1950’s.

Motivated by his aunt Olga Ruano, cultural promoter and Theater Instructor, Elizarde went to the Casa de Cultura Juan Marinello in Santa Clara at the age of 6, where he received acting and dancing classes, and participated in several amateur festivals, where he won several awards.

In the cultural world in which Elizarde was immersed as a child, he met Jorge Pérez, a music instructor who introduced him to the claves, bongos, bass, charango, cuatro, and guitar. He belonged to the musical group Horizontes Artistic Brigade.

Elizarde attempted to enter the Vocational School of Art Olga Alonso, but they told him that he was too old. He did not give up and continued to learn self-taught, until musician Jesus del Sol put a tres in his hands and Elizarde dedicated himself completely to that instrument.

At the age of 15, Elizarde took free tests to enter the National School of Art in Havana, in the specialty of tres, and obtained 100 points in the execution of the instrument.

He completed the Superior Middle Level in Guitar at the Provincial Center for the Improvement of Culture Ángel Román González Borrell in only 2 years, while at the same time teaching tres lessons to professional musicians in Villa Clara. Being a student and teacher simultaneously, he graduated on November 23, 2002.

He spent two years of study at the Cuban School of Tres y Lute, focusing on Harmony applied to tres and solfege. Elizarde obtained the category of 1st Level of Concert Music in tres.

He was a cooperating teacher at the School of Art Instructors of Santa Clara, teaching a Workshop of tres in the specialty of Joint Practice.

He is a member of the UNEAC and the ACDAM, and is solo instrumentalist in the Catalog of Excellence of the Provincial Center of Music and Shows Rafael Prats in Villa Clara. Maykel was awarded the Distinction for National Culture, awarded by the Ministry of Culture of the Republic of Cuba to individuals or institutions for contributions made to the heritage of Cuban culture.

Maykel has also recorded with Máxima Alerta, trio In Series, sextet Tumbao, Impacto, Orlando Valle Maraca, Pancho Céspedes, Hermes Ferrer, Rolando Luna, and Kepa Juntera Trovarroco. In November 19, at 20 years old he was invited by guitar master Rachid López to be part of the Trovarroco trio (guitar, tres and bass). The trio develops classic themes of the Baroque and the Renaissance, in a troubadour plane, and also performs works of the Latin American traditional repertoire, and the old and new Cuban trova. In the year 2000 the record label BISMUSIC hired them as the exclusive talent of their Catalog and proposed to them to make their first album, Dream of an Awakening, in the Eusebio Delfín studios. This album obtained three nominations at the 2001 Cubadisco International Fair.

In January of 2004 they left for Germany as part of the show Live from Buena Vista Havana Lounge, and they performed concerts in 10 German cities; in December they visited another 13 cities in Germany and 2 in Austria. Additionally, in 2004, they were invited by the outstanding troubadour Silvio Rodríguez to do a joint work to make the launch in Spain of his last record production Cita con Ángeles; and in September they made a tour through several cities in Spain accompanying the singer-songwriter, and with part of the money raised donations were made to hospitals in Santa Clara and Havana.

On August 20, 2009, accompanying Rodríguez, Elizarde and the group participated in the Peace without Borders concert. Featuring about 15 Latin American, Spanish, and Cuban performers including Colombian musician Juanes, his concert is considered to be the third largest mega concert in the history of music for having gathered more than 1,150,000 and having been broadcasted live to the whole world. In May 2010, the group made a successful tour of Puerto Rico and the United States, performing at the José Miguel Agrelot Coliseum and at the Coliseo de Puerto Rico. The group also performed at the Carnegie Hall in New York, the Paramount Center in Oakland, the Gibson Amphitheater in Los Angeles, the Constitutional Hall in Washington, and the Bob Carr Performing Arts Center in Orlando. 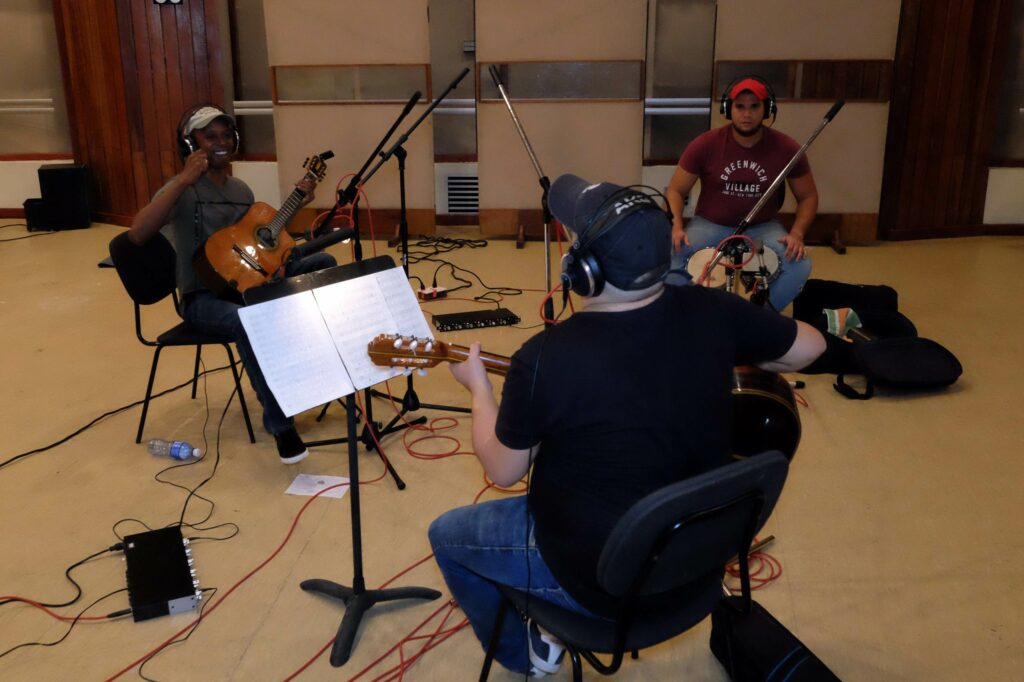 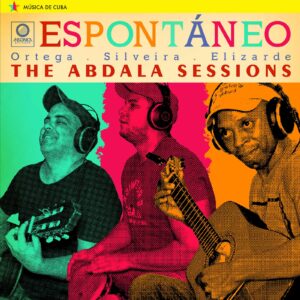 Release Date: December 14, 2018
Catalog Number: AR0012
21st Century
Cuban
Jazz
Guitar
Percussion
In Havana, recording sessions are done a little differently. Musicians and producers gather at recording studios, where a well-stocked bar and ample Wi-Fi are available in the lobby. A sense of ease and relaxation permeates the air -- people gather not just to produce recordings, but to create art with each other in a communal music experience.
Discover 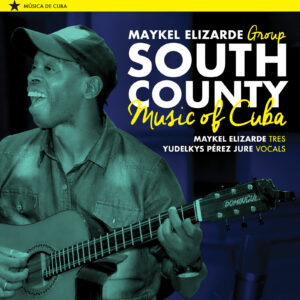 Release Date: September 8, 2017
Catalog Number: AR0004
21st Century
Cuban
Jazz
Flute
Guitar
Maykel Elizade’s SOUTH COUNTY makes the case for becoming the definitive collection of son cubano. Building on a Cuban tres foundation, this recording takes listeners on a sonic tour of the island nation. Cultural standards “Corazon Rebelde” and “Gracias a La Vida” are interwoven with Elizarde’s own compositions including the “Condado Sur.” The album opens with a spoken intro asking listeners to compare the music to an ajiaco –a traditional Cuban stew—in which many ingredients blend together to create a common taste, and with South County, a common vision.
Discover 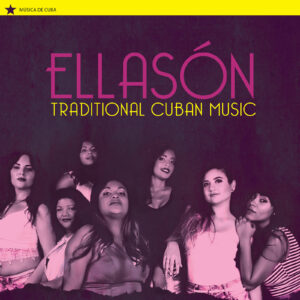