THE INSIDE STORY: Michael Murray and CORO DEL MUNDO 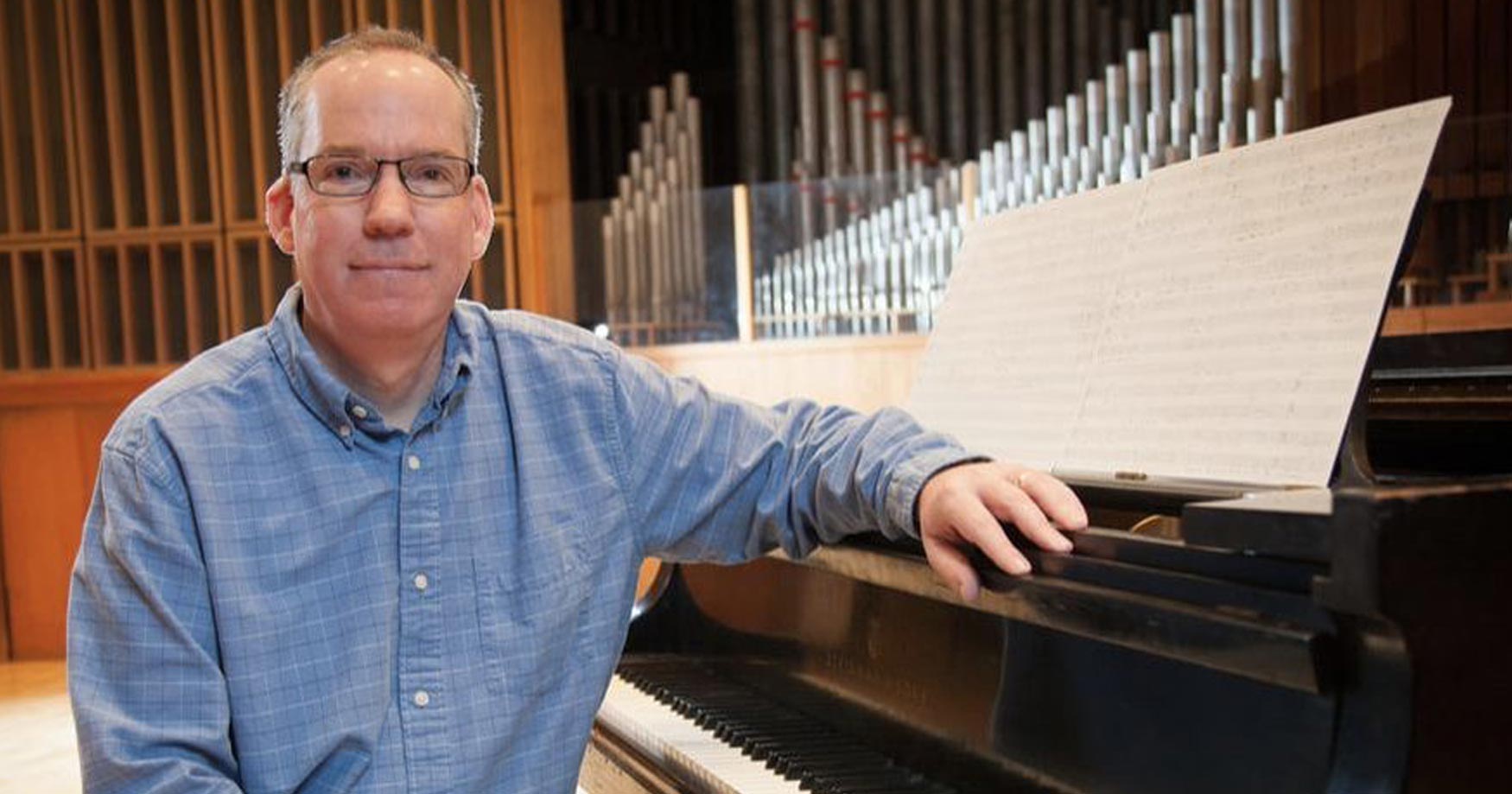 Composer Michael Murray has been recognized around the globe for his work in choral music, orchestral and chamber compositions, and film and theatre scoring. He has been described as “a master at writing for the human voice” by Music & Vision, and his music is considered “easy to listen to in the best possible way.”

Today, Michael is our featured artist in “The Inside Story,” a blog series exploring the inner workings and personalities of our artists. In this interview, learn what vibrant American city serves as Michael’s favorite source for inspiration…

Who was you first favorite artist growing up?

It’s almost a cliché, but I would have to say The Beatles were my first favorite artist. When I was a kid in the 1960’s, my older sister was a big fan and played a lot of their records in the house. I was only six years old when “Let It Be” came out, but that album and pretty much all of their earlier music had a big influence on me.

When did you realize that you wanted to be a composer?

I started my musical life as a choral singer, and then as a bass player/singer in rock bands. But it was hearing Philip Glass’s “Glassworks” on the radio when I was 18 that turned me in the direction of composing. When I started college, I was a computer science major. A friend of mine suggested I take a music theory class to help improve my musicianship, and that was where I discovered a person could actually major in music! Between loving the theory class and hearing Glass’s music, I was hooked.

If you could spend creative time anywhere in the world, where would it be? And why?

New Orleans is the place that gets my creative juices flowing more than anywhere else in the world. The Mid-City neighborhood has beautiful architecture, great food, and interesting people. When I stay in that neighborhood, I experience the best balance between peace and quiet on one hand, and inspiration on the other. Morning composing in a house on a quiet street followed by an afternoon stroll through City Park, a visit to the art museum’s sculpture garden, or stopping by St. Louis Cemetery No. 3 is my ideal way to spend a day.

What was your favorite musical moment on the album?

There is a spot in El Lunar, about two and a half minutes in, that is the musical and emotional climax of the piece. At that moment, the poet is expressing his gratitude for being “the lover of a woman so beautiful.” The choir sounds absolutely gorgeous on the words “tan bella.” This is exactly what I had in mind when writing the piece!

Was there a piece on the album that you found more difficult to compose than the others?

Caminando was the first time I have ever set Spanish words to music. I had recorded with Alina Orraca and Schola Cantorum Coralina in 2015 (After the Fall on ABRAZO: The Havana Sessions), and I very much wanted to write a piece specifically Cuban and specifically for them. I discovered this poem by the Cuban national poet Nicolás Guillén, and I just had to set it to music for the group. It was slightly difficult, because I wanted to set the Cuban words well, and I wanted the group to appreciate the gesture. So while I was composing, I felt a bit more pressure than usual.

What does the album mean to you personally?

Because I wrote both Caminando and El Lunar for Alina Orraca and Schola Cantorum Coralina, it is particularly satisfying and meaningful to me that they recorded these for the album. I am honored to have my music on a record that also includes music by the well-respected and important Cuban composers Guido López Gavilán and Conrado Monier.

CORO DEL MUNDO is now available through Asonica Records for streaming or purchase. Click here to explore this new album.