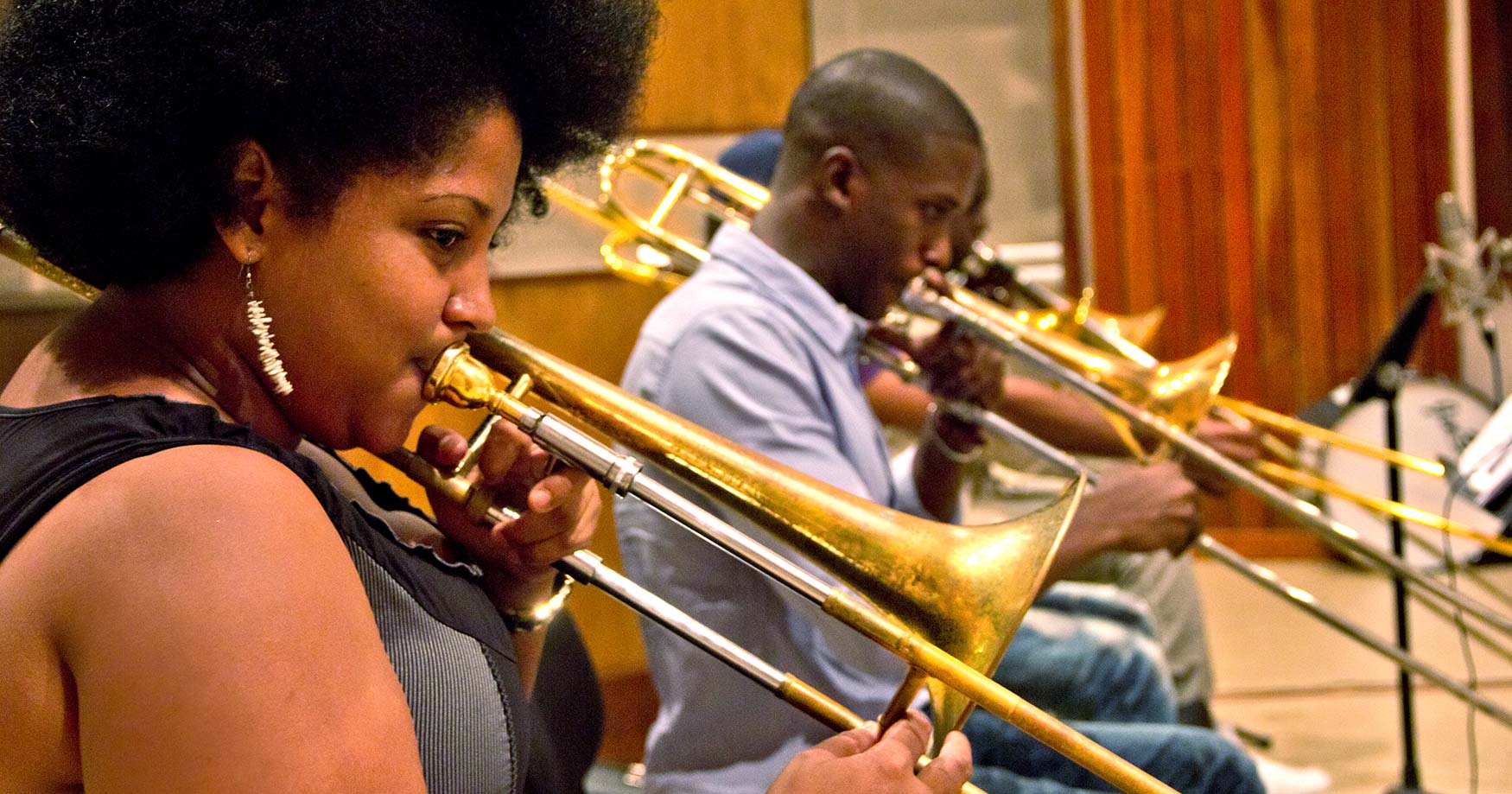 CUBA: a nation with a rich musical and cultural history, yet very few opportunities to share it with the rest of the world. For nearly 60 years, cultural and economic exchange between the United States and Cuba has been hindered by the U.S. embargo on trade and travel. With, among other factors, extremely limited internet access throughout the nation, Cuban musicians have had few opportunities to share their music with audiences beyond their local communities. In November 2015, less than one year after initial steps were taken towards fully opening relations, PARMA Recordings and a select group of composers produced the first of many recording projects in Havana.

PARMA enthusiastically arrived in Cuba to work alongside local artists with talents ranging from singing and guitar to composing and lyric-writing. Not only did these artists have their music recorded, but with the efforts of the company’s Design, Marketing, and PR teams, these previously little-known artists had their work shared with audiences worldwide. Within two years of first setting foot on the island to record, the PARMA team had recorded and released eight albums featuring Cuban artists and collaborations with Cuban and non-Cuban musicians and composers.

The first Ansonica album, ABRAZO: THE HAVANA SESSIONS, presented works for big band, small jazz combo, choir, and chamber ensembles by numerous American composers such as Margaret Brandman, John Carollo, and Michael Murray, and performed by members of the National Symphony Orchestra of Cuba, the Buena Vista Social Club, Irakere, and many more.

INTERSECTIONS was another such album, recorded in Cuba and released in October 2016. As the name suggests, this album was conceived with the newly-reformed relationship between the two nations in mind. Each composition was conceived by an American composer, and brought to life by the performances of Cuban artists who demonstrated their skill at classical styles alongside traditional folk and jazz performances. The album offered both individual connections between Cuban and non-Cuban artists, and a wider sense of a reforming relationship between the two nations–as Sergio Cervetti, one of the composers for the album, stated, “there is some measure of comfort that music abolishes borders.”

TROVAS MODERNAS by Bello Son encapsulates a Cuban ensemble at its best. Bright, energetic, and filled with danceable rhythms, the album demonstrates the paradox of recording and sharing the music of a nation that has been isolated from much of the world. Bello Son’s works have been professionally recorded, mastered, and distributed to a worldwide audience, yet the work reflects a connection to past and culture that is unaffected by outward influences in a gradually more global world community.

In 2018, Ansonica Records released CORO DEL MUNDO, or “choir of the world,” featuring the works of numerous non-Cuban and Cuban composers and performed by Cuban choral ensembles Vocal Luna and Schola Cantorum Coralina. Showcasing a mix of sacred and secular works, the album demonstrates what happens when people of different backgrounds come together to produce art. The albums have a joint effect–the Cuban musicians have the opportunity to reach a worldwide audience, and non-Cuban composers get to take part in a process of showcasing great musicians to the rest of the world. The composers also stretch their abilities by writing in a different cultural style, and the reward is in having their music performed by artists connected to their roots and virtually unaffected by outer influences.

Each album, after recording was complete, was taken back to PARMA for preparations, before being sent out to a wide network of sources eager to share this previously unrecognized music with the world.

“We went right to the source, and sure enough they brought a totally new dimension to the music–a Cuban dimension, a feel and a sound and a perspective unlike anything else in the world.”

“This is a glorious recording. The polyphony of these thirteen sacred and secular works on CORO DEL MUNDO is simply magisterial, performed memorably and with clarity of meaning and impeccable devotional spirit by two of the finest choirs in Havana Cuba who specialises in classical polyphony.”

“Featuring a stellar lineup of composers ranging from Margaret Brandman to Roger Bourland and Bunny Beck, Abrazo does a fine job of selecting the right pieces between disc one (jazz compositions) and disc two (classical compositions) to display Cuba’s musical identity on its sleeve. An essential collection for any enthusiast of fine instrumental music or anyone who wants to peer further into the previously elusive country through it.”

“PARMA Recordings’ daring foray into the Cuban music scene… unleashes 85 minutes of the kind of crosscultural, jazz-originated energies, styles and attitudes that are becoming increasingly intoxicating to North American classical music aficionados seeking music they can get up to, move around and even dance to.”